Posted by patric mathus on Tuesday, 25 September 2018 in Technology    No Comment

The future of transportation technology appears to be even brighter than previously. Smart solutions have been developed which will shape the transport industry . Such  technology is being transformed via the creation of electric and autonomous vehicles. These, in turn, have become a viable solution to most problems encountered in major cities, like traffic congestion, noise pollution and even some road accidents. If these kinds of vehicles have to be brought into use, their overall cost must decrease at the same time as a transformation of  the city’s infrastructure. However, they alone redefine the public transport system in major cities. Innovation in transportation technologies is not just limited to the designing of electric and autonomous vehicles. Technological companies have created commercial truck and bus DVR camera surveillance systems and GPS tracking accessories, both of which have been essential in reducing operating costs and  improving road safety.

Transport and manufacturing costs will drop

Over the past few years, there has been an increase in the release of electric passenger vehicles. In  2008 there was hardly a model available when compared to today, where we have over 150 electric passenger vehicles. Over the same time period, the price of batteries has decreased significantly. Batteries represent around 40% of the total cost of the vehicle and it is even believed that the cost will continue to decrease as we head towards  2030. Cheap batteries are not only a benefit to electric trains but also to electric buses. Automotive companies are working to design autonomous vehicles that are expected to appear on the road by 2020. Having this kind of vehicles on the road will mean the operating and transportation costs will be lower.

See also  What is a Content Delivery Network? How CDN works?

Such innovations in technology will allow us to simultaneously gather and act on data which is collected from both private and public transport journeys. This data can be applied to  smart traffic controls for route optimization purposes and in the reduction of traffic congestion. Software innovations have also been designed, which enhance payment systems in cities around the world. This will in turn allow for multi-modal trips, hence facilitating movement for  both public and private transport. This innovation has also led to the designing of smart roads that are able to collect and pass on information to drivers in traffic. These kind of roads are even able to charge electric vehicles and help control vehicles .

Cities will play a crucial role

Every city has a higher population density, meaning that the demand for public transport is high. This means that they will accurately serve  as places to test innovation. It is only in cities that you can effectively introduce electric buses and create regulations for infrastructure that  will support autonomous vehicles and digital payment systems. This, for certain, will enhance the quality of life of the city’s residents, as congestion will be reduced and  there will be an increase in social mobility. For this kind of technology to be successful, city governments should be proactive and engage themselves with the opportunities that will be presented to them. 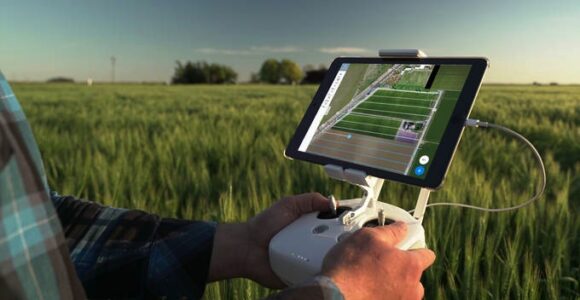