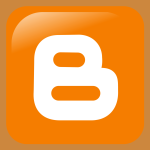 Here, we’re going to be learning about a storage device, a storage network which you will use in a business in an organization for storing data, for storing virtual servers etc. I work in the IT industry and I absolutely love it and we are talking about these things. storage device such as SAN (Storage Area Network) is going to be using an enterprise in a business place to store a whole bunch of data essentially a unit like this can be expanded significantly you can add multiple levels of additional discs, disk erase but this will easily go into the petabytes without concern as long as you have the money and the resources and the space in a rack to be able to continually expand the storage. it’s going to be used for our VMware and virtualization environment. So essentially, I’ve got all of my service set up and they need to share some storage I’m going to be creating different storage pools I’m going to be creating what’s called Lunz. We essentially have blocks of disks which I can then allocate into VMware set them up as a data store and then build my VMs and allocate those VMs to a particular data store for storage the good thing about having something like this as opposed to having the storage on the server is that I’ve got one centralized location for all of my storage I’ve got multiple levels of redundancy on my storage as well and I’m not limited to the storage on a server.

For example, it can also be configured as a nurse this is essentially a storage unit for your business you generally wouldn’t have something like this in a home environment generally for a small medium or large organization, you’d set up something like this that would be rackable as you can see it’s a rack space unit. So on the side of these you’re going to put your rails and then actually put it into a cabinet so imagine a Dell EMC unity and it can be configured as a SAN (Storage Area Network)  or run as the main difference has been that a sand a storage area network which is block base or your user for something like VMware or some virtualization technology or anaz can be configured for SMB shares NFS shares which essentially acts like a file server and you’ll get essentially a panel that’s on the front of the unit itself.

There’s a little keyhole here where you can open and close or lock it. I should say you can actually take this panel off so this is just a fancy panel to make the actual device look enticing make it look nice you’ll see that on either end you’ve got these little latches but if you pull you actually get the panel to come off and you’ll see the inside of the unit while the front of the unit anyway without the panel you’ll see that here I’ve just got a number of hard drives connected. So, these are the hard drives that are on this particular San or NAS device. You’ll see that they are SAS drives these particular ones are 1.8 terabytes and they are 10 K speeds.

This is essentially the speed of the disks themselves and they’re easily just slot up all right here and you see that all of these slots here are empty so to essentially you know insert and remove a disk you just click on the little latch just the bottom here you’ll see a little latch comes up and you slide the hard drive right out. So, this is just a standard two and a half inch you know disk drive you can get storage which has the larger three and a half inches but these are two and a half. The Dell EMC drives you’ve got a whole information there about the drive themselves 1.8 terabytes. You see that the hard drive is just within a normal enclosure so you’ve got the connector for the hard drive right here into the connector into the adapter, which then would slide in so this is just a standard enclosure that is required and then to put it in you literally just push it in and then put the latch down so that all of these are empty so when I do require some additional hard drive space.

I literally just purchase these new hard drives you can cross the vendors. So you can buy a Seagate or a Western Digital hard drive I mean add them in generally it’s a good recommendation to try to keep the vendors the same keep the models the same as much as possible even though they will work if they are different models and try to keep the space to the same as well a good example is what I can do is when I power this unit on, I can configure the discs to be in groups of raided discs in different pools. So, I can say have these five discs right here set up in a raid five pool. If I then add some more discs and I want to add them to an existing pool that may exist.

I may not be able to, if they’re different sizes so you always want to try to keep it the same size if you didn’t expand a particular pool otherwise you can buy different sized discs if you want to create some new pools of new discs but either way what you do is you literally just take it out like and then you slot a new hard-drive in with the enclosure itself and this is literally just a cover to cover the empty hole. It doesn’t actually have anything on it as you can see but obviously we’ll leave this on here because there is no hard-drive on the side of the unit you’ve got your little tag which if you pull this up has some information about your actual sand as device your storage device including the serial number that you can look up for warranty reasons so here we got the rails of the actual sin or NAS device.

This is going to be attached to the side of my unit right here. So, you’ll see that on the back essentially, I just slot this part output that aside and then I will just screw that in. So, I’d actually put it onto the side of the unit screw it in and then on my rack itself on my actual cabinet. I would attach this to the actual side of my into the front, into the back of my cabinet so this would slot in all right and then that is firstly in place and then I can literally just grab my actual Nas and device with side attached obviously or screwed in and it should be able to just slide into place so here is the back of the storage device.

What Are The Good Financial Habits Of Wealthy People?

Technical SEO – Everything You Need to Know